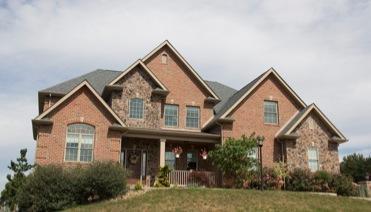 Even though it seems as if multi-family homes and apartments are going up everywhere around you, Americans still want to own homes — if they can afford to. That’s the finding of a report released by the Harvard University Joint Center for Housing Studies. Even though multi-family housing seems to be on the rise in so many new developments and up and coming areas, owning a home is still the goal of most as long as they can afford the monthly payments and upkeep. Parry Custom Homes, a premier Pittsburgh on your lot builder, shares why owning a home is still on the wish list of most Americans who don’t already own one.

The pressures of student debt, rising rents and the leftover wreckage from the nearly decade-old housing bust have restrained people’s ability to buy, even though the dream remains alive. The recent report sees reasons for both optimism, as more millennials are poised to leave the nest as well as concern with arising numbers of renters facing extreme costs.

Those factors could determine whether the share of Americans who are renting keeps rising or whether the nation’s homeownership rate can rebound from a near 48-year low of 63.5 percent.

Here are other major trends documented in the report:

Americans formed 1.3 million new households in 2015, a return to normal pace of growth. Much of last year’s increase reflected an aging population in which more households consist of adults older than 65. But the Harvard analysis says the increase in households should continue because of the influx of millennials, which it defines as those born between 1985 and 2004.

Millennial household formation is expected to average more than 2 million annually over the next several years, a surge that will likely further raise demand for rental units.

Some people might love those tiny houses, but most yearn for extra space. The median size of a newly built single-family house was a record-setting 2,467 square feet last year. By contrast, the median unit in a new multifamily building has shrunk to 1,074 square feet from a peak of nearly 1,200 square feet in 2007.

Home building up but still low:

Homebuilders broke ground on 1.1 million properties last year, a healthy 10.8 percent annual increase from the depths of the recession. Before 2016, apartment buildings, more than single-family houses, drove much of the increase in construction. Now that single-family homebuilding is on the rise for the first time in a long time, this may cause the pendulum to switch back over to more home ownership across the U.S.

The good news is, even with more multi-family and apartment buildings going up the American dream of owning a home is still strong and thriving in today’s economy. If you’re in the market for a new home, Parry Custom Homes is here to help build you the perfect home for your family.

Parry Custom Homes is an established homebuilder in the Pittsburgh area.  Call or contact us today for more information.